For those not in the know, HUMP! is all about giving amateur pornographers and filmmakers a fun, creative way to showcase their best work. It’s a platform for sharing, exploring, and celebrating the many things humans find sexy, stimulating, kinky, or appealing. It’s also a place where people of every sexuality, gender expression, age, ethnicity, body type, and preference can come together in their shared love of sex-positive living and boundless self-expression. Each film showcased is less than five minutes long. Some will shock you. Others will charm you. All will introduce you to a fresh, unique take on sex unlike any other. 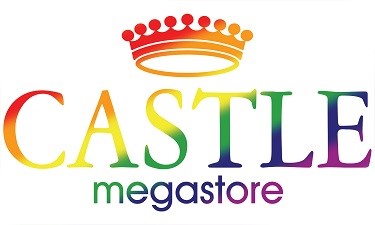 Castle Megastore is pleased to announce its status as an official advertiser of the 14th Annual HUMP! Film Festival. Since it was first founded in 1987, Castle has been changing lives and expanding horizons via its diverse and comprehensive selection of sex-positive products. From versatile adult toys for couples and singles, to premium fetish gear, to fun must-have novelties, Castle is second to none when it comes to amazing ways to take one’s sex life to the next level. The adult toy giant is also well-known in the industry for its exceptional standards, attentive customer service, and pioneering approach to sexual expression.

The Castle spirit is perfectly in line with the values that make events like the HUMP! Film Festival possible. Castle Megastore has been an active supporter of Pride, diversity, and individuality not only in the Capital Hill area, but everywhere. They’re all about living your truth, loving yourself, and embracing the best of who you are both in and out of the bedroom.

Join Castle in celebrating just how limitless beauty, passion, and fantasy can be when you expand your own horizons at the one and only HUMP! Film Festival this November. Then continue to support and follow HUMP! when it goes on tour after the festival, making its way through more than 50 different cities across both the United States and Canada.

12 Secrets You Are Actually Allowed to Keep in a Relationship

Close
Do you want to read more similar stories?